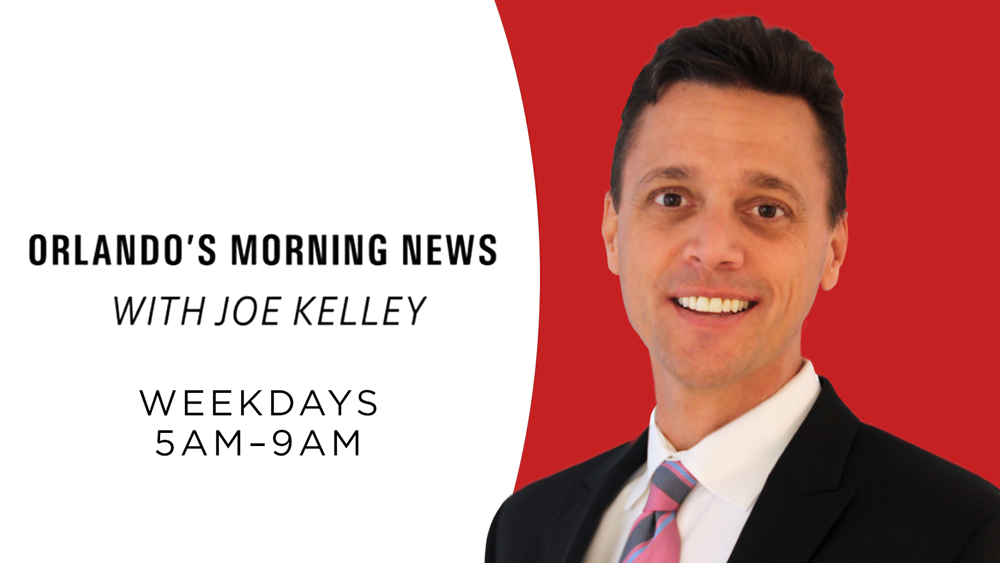 Hear Orlando’s Morning News with Joe Kelley weekdays 5am - 9am. Joe Kelley has joined the staff of WDBO as News Director and host of Orlando's Morning News. Joe comes to Orlando from WDBO’s sister-station KRMG in Tulsa, Oklahoma, where he also held both positions.

Joe has been recognized many times over for his successes as an on-air radio personality and community leader. He has received awards from Radio and Records Magazine, Radio Ink Magazine, the Dallas Press Club, and Las Vegas Women in Communications, the Tulsa Press Club, the Oklahoma Association of Broadcasters and more. In 2007, Joe was named to the "Top 40 Under 40" achievers in Tulsa People Magazine, The Journal Record Newspaper and the Tulsa Business Journal.

More than just a broadcaster, Joe has been a writer for Tulsa Kids Magazine since 2005. His monthly column focuses on the observational humor he enjoys while raising his three young children with his wife of 16 years, Nicole. Joe's now featured in Orlando Family Magazine with his Twitter MoMENts column.

Joe has been active in the Rotary Club and has served on the board of directors and as sergeant-at-arms. Joe is also a long-time volunteer, board member and former chairman of the Make-A-Wish Foundation of Oklahoma. Joe has raised more than $1.4 million in the last 7 years for Make-A-Wish.

Radio was a calling for Joe. Literally. His broadcast career began in 1982, in the small southeast Texas town of Nederland. The phone in his high school journalism class rang. The teacher was out of the room at the moment, so Joe reached for the phone. “Hey, you wanna be on the radio?” the voice on the phone asked.

Unbeknownst to Joe at that moment, on the other end of that phone line was a 30-year-plus career in broadcast journalism.

Calling was a local radio station program director in need of free help. Joe jumped at the chance. For most people, opportunity knocks. In Joe’s case, it called. And while his initial introduction to radio was entirely unexpected, Joe's ascension to his level of professional success is quite deliberate and the result of three decades of thoughtful and creative performances on award-winning radio stations across the country.

Planning and preparing can make a big difference in safety and resiliency in the wake of a hurricane.

Everything you love about wdbo.com and more! Tap on any of the buttons below to download our app.

Enable our Skill today to listen live at home on your Alexa Devices!

You may be offline. Please check your connection and try again using the Retry button.